Everyone's talking about figs at the moment (because they're in season). PP has just posted a very nice looking recipe from Nigel Slater in the 'Foodies in the News' section. A FB friend, known to some here, posted a meal of figs drizzled with honey and cheese and leaves which had people drooling.

The thing is, I've never had figs in a Mediterranean country and have to rely on ones from the supermarket as we don't have much else here. There was a tree in our garden when I was a child but they never ripened on the bracing Norfolk coast. I have tried and tried to work out what it is about figs that sends people into raptures. Most things poached in honey and cinnamon will taste nice but what is the bare raw fig supposed to be like? I bought the best ones I've ever bought the other day, large, soft, a nice texture - but tasteless. I am thinking that like many supermarket fruits they miss the mark and should be very sweet and juicy, possibly with juice that runs down the chin and doesn't need honey or anything else to be nice. Am I right?

Yes - if they don´t taste of anything, they were probably picked when they were green.
I would love to eat one of those glorious, purple figs with the juicy middle, but here, we only seem to get green figs. I make them into chutney; the locals make something called "Figs in Syrup", which are sickeningly sweet and don´t taste of figs very much.
Top

I didn't eat figs for years because of being force fed Syrup of Figs as a child to keep me regular.

(What was it with that generation)?

Then one day I was in the newly opened Pizza Express in Pinner and one of their desserts was baby figs in some sort of liquid with, I think, creme fraiche - Mascarpone was yet to be cool. I was completely hooked from that moment on. KK is right about the greenness. If they're really ripe then they usually go off the next day.
Last edited by Pepper Pig on Sun Sep 06, 2020 2:26 pm, edited 1 time in total.
Top

edit: sorry about typos.
Once you've had them straight off the tree, you probably won't bother to buy them in the UK again. They are amazing.

Thing is, they don't continue to ripen once picked, and obviously they have to pick them before they are dripping with juice, as they won't keep and won't transport. Eating ones you buy is a bit like never eating aubergine that's been cooked properly (which is why a friend of mine 'doesn't like aubergines'.)

The ones I have had in my garden, and someone else's in Kent have been much nicer than ones straight off the tree in Italy. If you can get them to fruit, they do well in parts of the UK. But I have difficulties with mine. An air frost took everything off it one spring which effectively meant no figs for two years. It's covered in them now, but none are for this year. I have never had many though, alas.

Oooh, I LOVE the Pizza Express ones! Have you had these? https://www.thebaytree.co.uk/marinated- ... ES&_page=1
not cheap but I can never pass them by

I think that by the comments so far, supermarket figs are just as I suspected! It's the same with so many fruits. I must find someone with a south facing tree.
Top

Ah if it needs to be south facing, maybe that's partly why mine doesn't do so well. Just moved it further down the same fence (NNE). Not doing that again...!
Top

I don't know, I just assumed that a lovely south facing walled garden (the sort you get at a stately home) would be ideal!
Top

The ones you get in restaurants are usually the canned green figs in syrup, which at one time seemed to be the only dessert available in London Cypriot restaurants that didn’t involve sticky pastry, I quite like them

They are another thing that used to be widely available in ordinary supermarkets but not so much now - though when I Googled it seems Waitrose stock them at a reasonable price https://www.waitrose.com/ecom/products/ ... 887-147888

I love figs, I liked the dried Izmir figs from Turkey we used to have at Christmas, I have enjoyed them when on holiday in warmer countries, and at the moment imported Turkish figs are good, though not cheap - I thought those around a few weeks ago (Spanish?) were rubbish. I’ve got one to have with some mild soft goat cheese

Was never a fan of California syrup of figs though
Top

Earthmaiden wrote:I don't know, I just assumed that a lovely south facing walled garden (the sort you get at a stately home) would be ideal!

Figs do like a sheltered spot and against a south facing wall would be ideal.

Coincidentally, watching 'The A-Z of Gardening ' (repeat) this morning, James Wong was extolling the virtues of home made Syrup of Figs, using fresh figs and dried Senna seed pods . Apparently figs cause the intestines to absorb water, which helps with constipation and the extra fibre is always good for gut health

Being not only fortunate to live in S.W. France, we also happen to have a very old fig tree in the garden. This year it is producing vigorously, huge purple figs. There really is no alternative to them & supermarket specimens will never compete with a properly ripe fig, freshly picked & popped in the mouth. Only problem is, that I have a fairly low, daily intake threshold!! Hey Ho!!
Top

We’re thinking of getting a fig tree for our front garden . It is so sunny down here in Lozere despite its high altitude. I love figs so much.
Top

I just bought a tray of figs in Costco...

But you have to use them so quickly! Unless you are funding an orphanage
Top

I haven't eaten figs for a couple of decades now.
I like them, both dried and fresh, but they really don't agree with me.

Maybe it's time I tried them again.
On a day when I plan to stay at home.
Top

But PepperPig, they (open) freeze really well, & are great to poach with other fruit during the winter, or just simply to pop in the oven with a spoonful of water & brown sugar.
Top

That’s a good idea, thanks. WW they don’t agree with my husband either.
Top

The last time I ate figs was at work.

So true about eating them straight off the tree, Herbidacious.


Did not know that they freeze well, Pommes. Mercy buckets for that 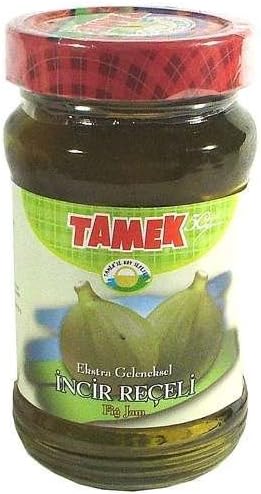 Looks tasty, Sue. Yes, pretty sweet. The South African versions vary from a jammy sort of jam that you can spread, which are just a usual jam sweetness, to crystallised figs which are quite special and occasional - probably because they are so sweet. Fantastic with cheese, especially goat's and are served whole. Beautiful bright green and a a lovely green fig aroma.
Top
Post a reply
39 posts • Page 1 of 2 • 1, 2

Users browsing this forum: No registered users and 5 guests