What's everyone cooking this week?

The flavour of the cumin came through better than I thought it might, but it could have done with something else as well, not sure what, and it needed some kind of sauce / gravy / dressing , I added a few glues of water as it cooked to stop it sticking, but it needed more, the citrus juice was not enough. The sesame seeds were not detectable in the finished dish
Not awful, but unexciting. Have portion 2 for tomorrow and will add something, not sure what

I watched the video and never saw him put any salt in the dish.
If it was a bit dry, I think I´d have added 3-4 tablespoons of orange juice, instead of just a squeeze. The sesame seeds seem like an afterthought, but I suppose you could toast them first and sprinkle them over to finish.
Top

It wasn't dry, the texture of th emeat and the cauliflower was good
It just needed an actual sauce to pull it all together, i's essentially a slow stir fry and one usually adds a little finishing sauce to a wok stir fry

I really don't fancy mustard with it, so it will be either mint or harissa or sri racha in yogurt i think
Top

I'm having leftover Normandy Chicken with a small glass of leftover cider! A McCains Jacket, microwaved, cut into four thick slices and then sprayed with oil, Jamie's salt with lemon and herbs, then popped into the Halogen. Tenderstem broccoli, peas and sweet corn.
Top

Tonight I made chicken and peanut lasagne - haven't made since about the 1980s - very tasty, if I say so myself!
Top

That’s sounds interesting Pampy, do you have a recipe?

For dinner tonight I'm going to do the beetroot & feta tart from Falastin - but this time I'm cutting a few corners, beets are boiling in a large pan rather than in the oven - last time they took so long to roast I had to make the tart the next day!
Top

It's really simple. (VERY approx. measures in brackets but I just do it by sight/to taste.)
Make a bechamel sauce and stir in cooked chicken cut into bite sized pieces (1pt/1/2 chicken)
Chop curly parsley and mix with roughly chopped salted peanuts (3 tbsp/60g)
Grate cheddar cheese and mix with white breadcrumbs (2oz/2 tbsp)
Lasagne sheets (I use oven ready ones so no need to pre-boil)

Grease a suitable oven dish and put lasagne sheets on the bottom.
Pour over some of the chicken sauce mix and sprinkle with the parsley/peanut mix.
Repeat layers, ending with a layer of sauce.
Sprinkle over the cheddar and breadcrumb mix.
Cook at 180C for about 50 minutes.
Stand for 5 minutes before serving.

And not a tomato in sight (because I loathe them)!
Top

Kacey wrote:For dinner tonight I'm going to do the beetroot & feta tart from Falastin - but this time I'm cutting a few corners, beets are boiling in a large pan rather than in the oven - last time they took so long to roast I had to make the tart the next day!

Please do tell , Kacey. I have some beetroot that needs using.

Herbid - yes, beauteous tomatoes. I wish. I was not a good gardener this year.

Thanks Pampy, that sounds right up my street. I also don’t like tomatoes particularly, can cope with a slice if it’s fresh or a bit if tomato sauce but that’s my limit.

I’ll have a look for that beetroot tart recipe.

I made a mezze feast including fattoush, bulgur wheat salad, hummus, olives, a tomato chickpea stew, the hasselback courgettes someone posted about before and the feta stuffed bread from Falastin. Loads of leftovers to brighten up my day tomorrow when I’ll be working.
Top

Caramelise a couple of onions, add a dash of cider vinegar, and a teaspoon of za'atar.
Mix some ricotta cheese with salt, pepper and 2 cloves garlic (I didn't have ricotta so used ordinary cream cheese)

Spread a puff pastry sheet with the cheese mixture, add the onions, then slices of cooked beetroot, crumble some feta cheese on top and bake.

When it cooked, leave to cool slightly before scattering it with another teaspoon of za'atar and a drizzle of honey.
Top

Renee wrote:Help! The kimchi that I made burns my tongue and I didn't put the full amount of Sriracha sauce in. Can anyone suggest anything please?

Renee - ouch! I love chili but I've never taken to Sriracha sauce. Just too damm hot. Korean chile flakes and pastes are generally much milder and more flavorful than Thai which tend to be incendiary. IMO I think it was a mistake to call for sriracha sauce (Thai) in a kimchi (Korean) recipe.

You may have found a solution by now but I might divide the jar contents liquid and all, rinse off one half (in lightly salted water perhaps) and recombine with the other half, maybe adding back up to half of the flavouring ingredients if needed. If still too hot, repeat. Don't toss that kimchi!

How was your family tapas repast Gill?

. Full raciones size, not tapas. And Mr Zero loves rice rather than bread. 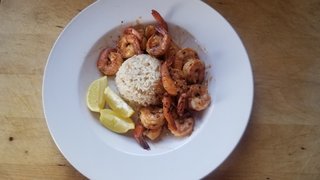 Renee wrote:Help! The kimchi that I made burns my tongue and I didn't put the full amount of Sriracha sauce in. Can anyone suggest anything please?

Should have used the Sunflower recipe we discussed in May, Renee! I've made another batch since the posting in the link, without the shrimp, and it is perfect. That BBC Good Food recipe is just plain wrong.
viewtopic.php?f=3&t=4511&p=88763#p87915

PM me your address (you sent it once before but I can't find it) and I'll send you a bag of Korean chilli flakes (gochugaru), I've still got half a kilo left...

P.S. ZeroCook has replied to the "what shall I do" part of your post a few posts earlier...
Top

Thanks so much for all your advice Zero Cook and Sakkarin! Yes the siracha sauce is a bit like dynamite!

I can cope with it a bit better if I just have it as an accompaniment. I will definitely use Sunflower's recipe next time. It was my first attempt, so just learning!

Thanks so much Sakkarin. I'll pm my address to you.
Top

I've just transferred the kimchi to the fridge. Could someone tell me please how long it will keep for?
Top

Thanks for the Sunflower link Sakk. Also found a recipe on her blog.
https://sunflower-recipes.blogspot.com/ ... i.html?m=1

I made a small batch today - just half a cabbage about 750g - dug up the recipe that I'd put on a card. Very simple version. Just the cabbage and spices etc. Dont have shrimp. And have never tried the rice flour thickener tho have seen it in some recipes.

It's in a jar with the lid on very loosely. Tempted to put back into a roomy bowl/crock and allow to ferment like that - Sunflower does that and I do that with other fermented pickles like Middle Eastern turnip pickles.


By the way, there's a comment under that BBC Good Food recipe There's also a comment by Scalywitch.who liked it.
https://sunflower-recipes.blogspot.com/ ... i.html?m=1
Hope it's ok to copy it here - it's interesting

Nick Elwood
8th Mar, 2019
I lived in Korea for 10 years and have been making kimchi for 20 years. Carrot in kimchi is very, very rare and I have never heard of kimchi being made with chilli sauce or rice vinegar. And traditionally, it always uses fish sauce. Kimchi with chilli sauce sounds as bad as Tesco kimchi paste which was made predominantly with tomato. Koreans always use Korean red pepper powder and absolutely nothing else. Neither have I ever had radish (the British type) in a kimchi. Indeed, this was one vegetable I don't think I ever saw in Korea. On the otherhand, mooli is almost always used and in the UK is best replaced with white turnip. Also, rice flour or flour are used to give the sauce some body though this is probably not universal. Further, putting it in a refrigerator really depends on the ambient temperature and how quickly you want fermentation to take place. It can be eaten immediately and if made with the proper ingredients will actually keep for years. Old kimchi, known as 'shin kimchi', is prized and the perfect kimchi for making stews and soups. I actually made a stew last night using kimchi that has been sitting in a cool part of my house, for 5 months. The flavour doesn't actually improve as it ages rather different people prefer different types of kimchi - the extremes being totally fresh (saeng) and old, transclucent and sour (shin). It is also worth pointing out that kimchi is actually the term for anything up to 200 different types of kimchi and this doesn't include the many regional and family variations. Many vegetables can be kimchi-fied and fermentation is not always a result, as for example in cucumber kimchi. However, in popular useage 'kimchi' refers to napa cabbage kimchi but strictly the above recipe is 'paechu kimchi.' In a jar? Never heard of this. Usually it is stored in a kimchi pot which come in sizes from small to over a meter tall or in a plastic container with a good seal. The kimchi needs pushing down to eliminate air pockets which can produce bad mould (green). Kept for a long period, white mold can grow on the top layer of kimchi but this is simply removed. Paechu kimchi ferments and the plastic container seal will pop-off at regular intervals allowing the kimchi to breath - it is alive. I'm not sure how putting it in a jar with a seal lid will interfere with the fermentation process

It is interesting that white turnip is a substitute for mooli. I used our English radishes.
Top