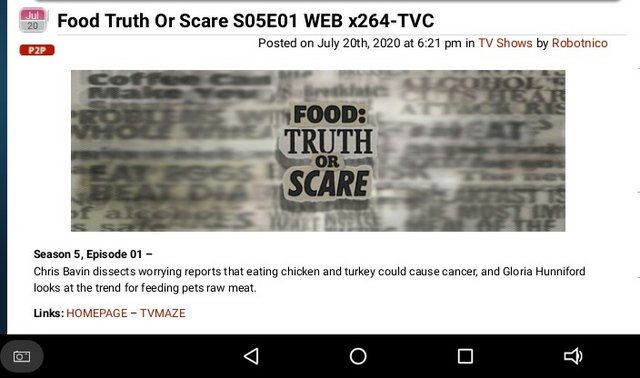 Series five is up and running. Five part series. On BBC 1 at 1000am London time.

Gloria Hunniford and Chris Bavin unravel more medical myths and media confusion when it comes to the foods and drinks we consume every day.

Chris dissects worrying reports that eating chicken and turkey could cause cancer. Gloria looks at the trend for feeding pets raw meat. Could feeding your dogs in this way be putting you and your family’s health at risk? Danny Crates investigates whether fruit juice is really as bad for you as full-sugar fizzy pop. And we have a guide to making a classic teatime favourite - fish fingers - healthier.

On BBC 1,the BBC iPlayer and thru the download circuit.
Top

The kitchen wisdom of Cecilia Chiang 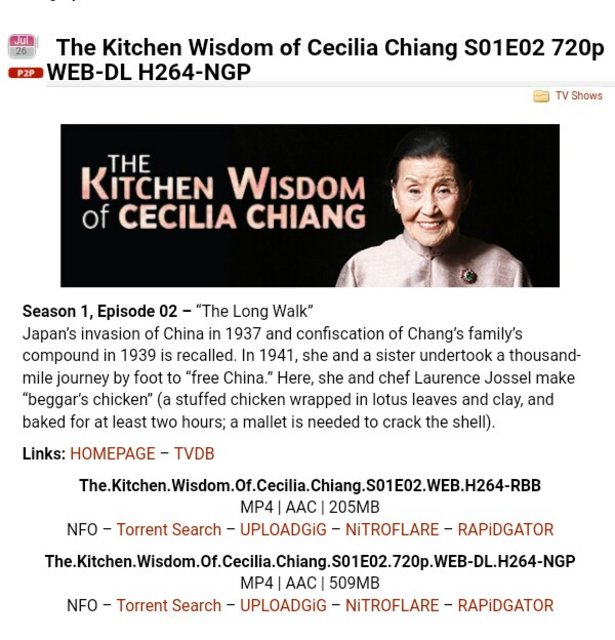 A new six-part cooking mini-series documenting the amazing life story of “the Julia Child of Chinese food in America.” In the 1950s, Chinese food in the U.S. was mostly westernized Cantonese food such as chop suey and chow mein. Then, along came restaurateur Cecilia Chiang. Never having cooked professionally, Cecilia launched the legendary Mandarin Restaurant in 1961 and influenced a new generation of chefs and food enthusiasts, including Julia Child, James Beard, and a young Alice Waters (before her Chez Panisse fame).

This is bring aired on public broadcasting here in the States. This was capped and ripped from the affiliate in San Francisco. It is also available on the download circuit.

Do a key word search on you tube. There are some good clips
Top 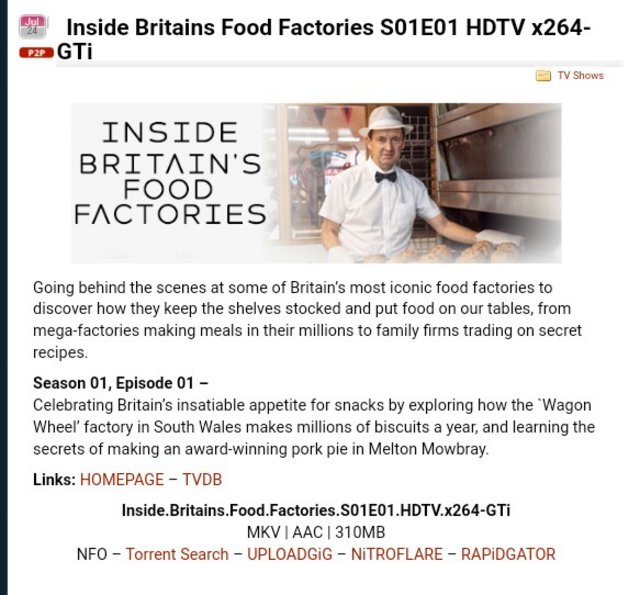 I will say the pork pies looked spectacular. What is the going rate for one??
Top

Masterchef, Australia starts on Watch on 4th August. New judges so no George. The participants are all previous contestants, most of them now working in food industry.
Top

Thank heavens that wretched "Snackmasters" didn't get a BAFTA. I don't watch much Food TV these days, was there a new programme this year you'd have considered worthy of an award?
Top

This will be contentious but I actually thought the new series of Ready Steady Cook was quite good . . . .

I agree I liked RSC, for nostalgia alone. I think it depends on how you find Rylan too, he's a bit of a marmite character
Top 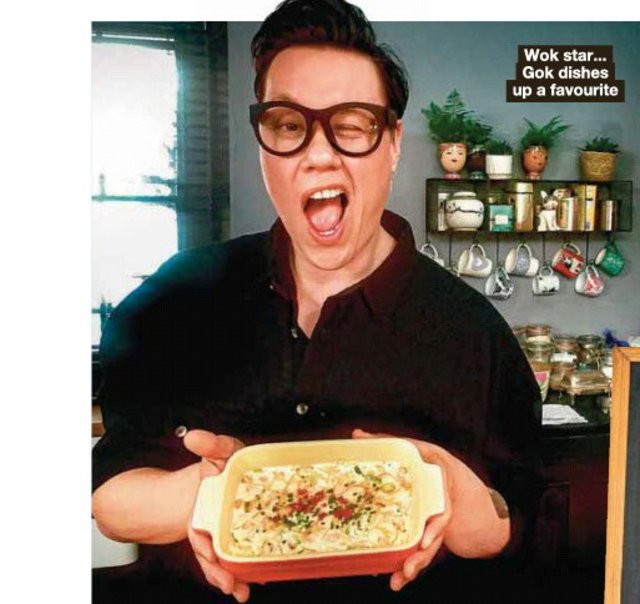 Gok is back. This time on food network UK on Mondays at 800pm London time. I enjoyed the series he did a few years on channel 4 I recall. Let's see how this one does
Top

mark111757 wrote:I will say the pork pies looked spectacular. What is the going rate for one??

A bit late - but the going rate for a 1 lb pie from that factory is £3.99. and to be honest, that's a bit less than I thought. They are delicious 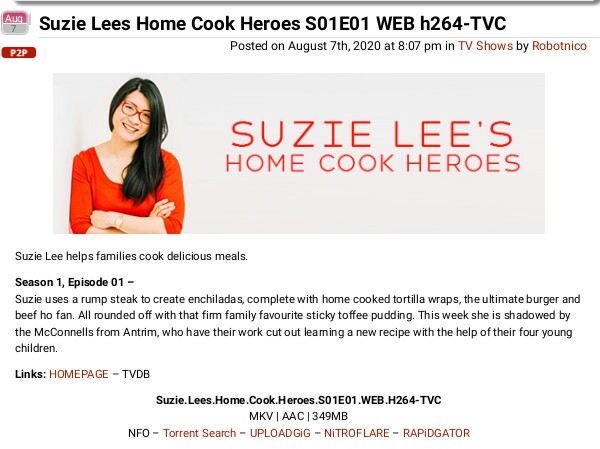 Look for this on BBC northern Ireland Thursday at 730 pm local time. Times may also vary from week to week. Also on BBC iPlayer and on the download circuit.
Top

The king of stylee is back 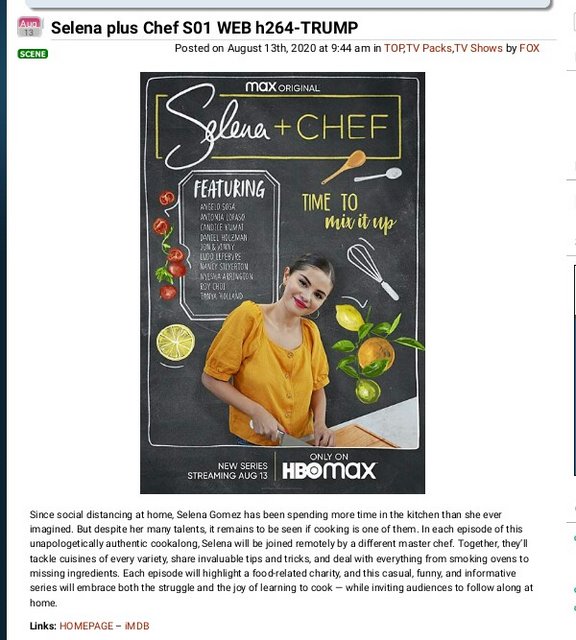 Thanks Mark. I also used to like Ready Steady Cook, which was on at a time convenient for me to watch. I also enjoy watching "In The Factory" except for shouty Gregg Wallace! I would find "The Kitchen Wisdom of Cecilia Chiang" very interesting and will try to find her on YouTube.
Top 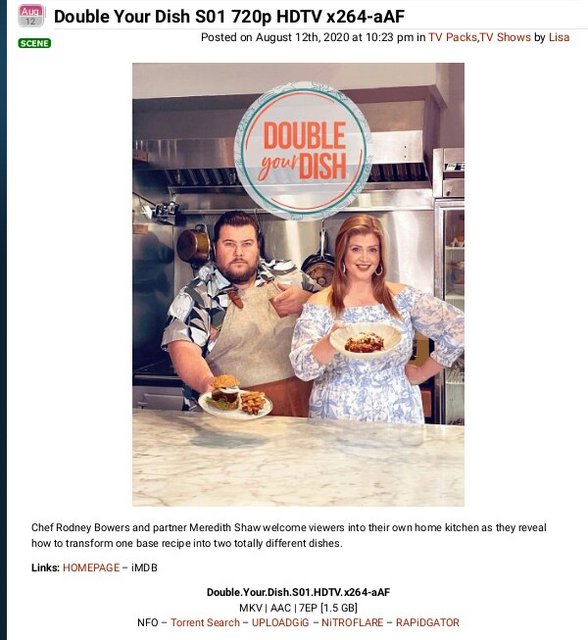 You can watch it on the CTV web site and it is available thru the download circuit.
Top

Lose a stone in 21 days with Michael Mosley 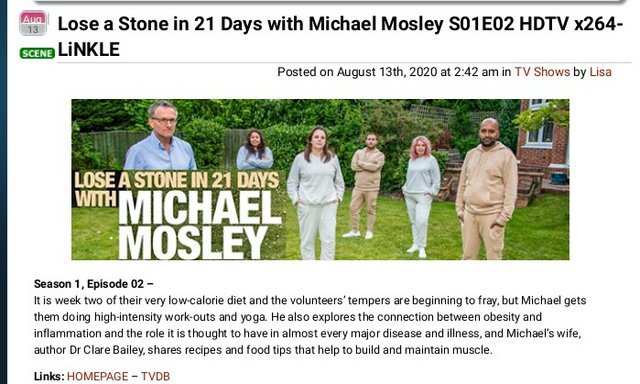 I have been watching that programme Mark and have his books. I have been following the 800 Diet.
Top

I watched the first one and there were some intersting points made, still to watch the other two recorded on my Sky box.

Watched ALL of the Australian Masterchef, jeez that's a marathon. Well when I say "all", I've fast forwarded a lot of it when it's looked particularly repetetive/tedious. It doesn't bear much relation to any of the UK masterchefs, especially as they're all celebrity chefs! The "team" projects are done in incredibly good spirit, I'd expect there to be sparks flying. Maybe we're being spared some of the in-fighting...
Top

am i the only person who thought that 'double your dish' was an anti slimming programme (going by the picture)?
Top 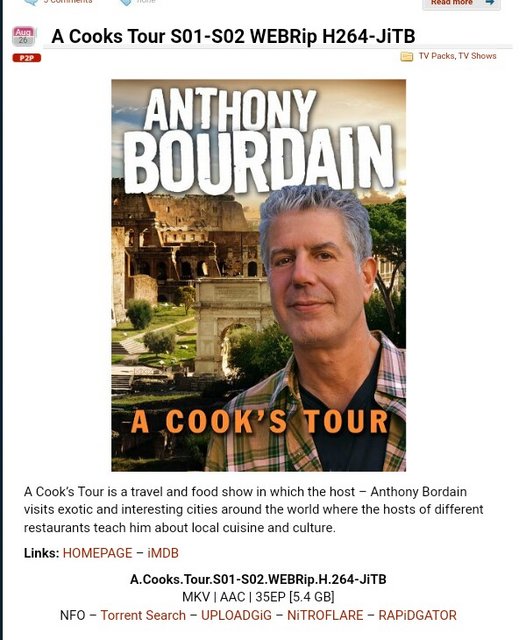